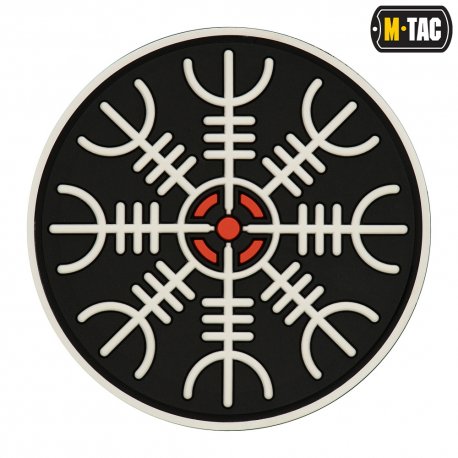 Notify me when available

No reward points for this product.

M-Tac Patch with the image of œgishjalmr (Helm of Terror) .

An Icelandic magic sign based on the rune used as a defense against the use of force and causes fears in the enemy. œgishjalmr is an amulet that was popular in the early Middle Ages, mainly among the Vikings and northern peoples inhabiting the territory of today's Iceland. It belongs to the so-called "Helmets of Terror" - signs designed to scare enemies and put them to flight. This is not surprising, because the history of the Vikings, is, mainly, the history of wars - liberations, conquests, during which the main goal was a victory.